Are you one of the 80% of Ontarians who want to stop the scheme to privatize Hydro One?

We can stop it, but time is running out. We must act now!

Are you ready to do your part?

By Hydro One Not For Sale
In Media Coverage 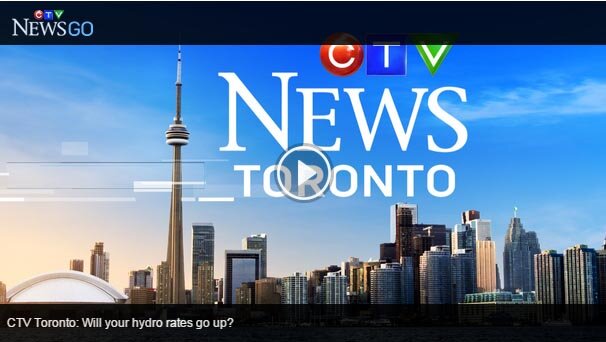 By Kendra Mangione, CTVNews.ca (Sept. 21, 2015) – Nearly 80 per cent of Ontario residents believe their electricity bills will increase with the partial sale of Hydro One, CTV News has learned.

A new poll conducted for the Ontario Energy Association and obtained by CTV Toronto’s Paul Bliss on Sunday asked: “If the province sells 60 per cent of Hydro One, do you think your electricity bill will change from what you expect?”

The poll of 1,626 Ontario residents, conducted in early September, showed 78 per cent expect to pay more following the sale.

Seventeen per cent of Ontario residents surveyed thought the move will have no impact on the cost of electricity, while 5 per cent believed bills will decrease. Campaign Research said the data is considered accurate within +/-2.43 per cent.

Energy Minister Bob Chiarelli said previously that he wouldn’t promise rates would come down, but said the increase shouldn’t be as high as projected.

“It’s going to be better run,” Chiarelli said at a news conference on Friday. “What we’re talking about here is having a company that is going to mitigate and keep those increases to the lowest possible level.”

The Ontario government is planning to sell off 60 per cent of Hydro One, hoping to raise $9 billion from the partial privatization. Hydro One owns the province’s transmission grid and serves as the electricity distributor for 1.4 million customers.

Ontario Premier Kathleen Wynne hopes to use some of the money to fund a $130 billion investment into public transit and infrastructure.

On Friday, the government took its first steps toward the sale by filing a preliminary prospectus, listing $22.6 billion in total assets.

The sale will be gradual, and the government hopes to start with an initial offering of 15 per cent of shares.
With a report from CTV Toronto’s Paul Bliss

Previous Post: Coalition works to spread the word that ‘Hydro One is not for sale’
Next Post: Hydro One privatization plan stands on shaky ground, Wynne rivals say

This is an example widget to show how the Primary sidebar looks by default. You can add custom widgets from the widgets screen in the admin.